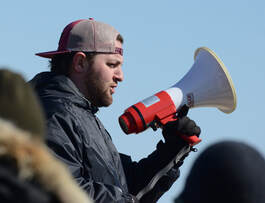 Mike Fina - Head Coach
Coach Fina took over as head coach prior to the 2020 Season. Coach Fina graduated from Greenwich High School in 2005, over his four years he played football, baseball, rugby, and was on the inaugural bowling team. Coach Fina started coaching football at GHS in 2012, and then joined the Rugby staff in 2014. He has a Bachelor of Arts Degree in Sport Studies, and a Masters of Arts Degree in Physical Education and Sports Pedagogy. He also worked very closely on the development of the Greenwich High School Girls Rugby program with Coach Erin Martschenko.
“Rugby teaches an athlete to make decisions under pressure, and the beauty of the sport is that on the day of the match, it’s up to the player to make that decision. Coaches don’t call plays like in other sports, such as basketball or football. We arm our players with the ability to make a good decision, and that ability carries much further than the rugby pitch.” - Coach Fina 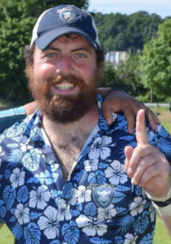 Jamie Everett - Freshman Head Coach
This will be coach Everett's second year working with the Freshmen team. Coach Everett fell in love with rugby as a Freshman at St. Lawrence University and after graduating continued playing with White Plains Rugby Club. Besides coaching rugby he teaches Social Studies and holds degrees in History and Secondary Education from St. Lawrence University and Manhattanville College ​ 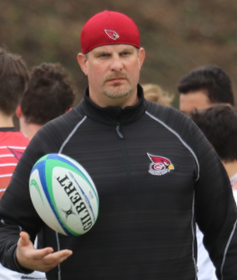 Michael Laczkowski - Sophomore Head Coach
Coach Laczkowski was introduced to the game of rugby by his older brother while in 8th grade, and has been in love with the game since. “I love coaching at this level because of the kids' energy, and how quickly they learn new skills. Rugby has allowed me to travel and play on 6 of 7 continents and all over the US.”
​Honors:
NYS College all star 4x
East coast College all star 4x
USA College All American 3x
USA U25 4 caps
MetNY selects
Eastern Rugby Union 6x
Ontario Rugby Union 4x
USA men’s National team “A” cap
​USA Classic Eagles 16 caps
Aaron Brown - Assistant Coach
​Coach Brown first picked up a rugby ball while serving in the United States Army. Playing while serving in South Korea and in Texas. After completing his military service Coach Brown went on to play rugby in countries such as Australia, Singapore and Hong Kong.

Since Moving back to the USA in 2012 Coach Brown Has stayed committed to fitness and coaching youth sports (football, basketball, boxing and rugby) in Greenwich. 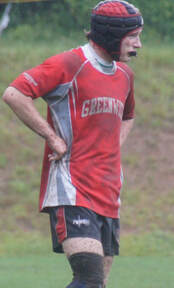 Wyndsor Doyle - Assistant Coach
Wyndsor Graduated from Greenwich High School in 2016 having participated in rugby, football, and wrestling all four years of high school. He was a starter on the 2016 GHS rugby team that finished 6th at Nationals that year and won the state title. He joined the staff before the 2021 season and is currently enrolled at the University of South Carolina as a finance major. 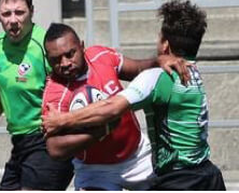 Gareth Gibbs - Assistant Coach
Coach Gibbs joined the GHS Rugby coaching staff in 2018. Coach Gibbs graduated from New Rochelle High School in 2001, where rugby was his main sport. Coach Gibbs started his coaching career in late 2001 as a volunteer coach for the NRHS rugby program. Coach Gibbs has also coached Varsity Track & Field and JV Girls Soccer for the Port Chester UFSD, where he currently teaches. Coach Gibbs has both a Bachelor of Science Degree and a Master of Arts Degree in Physical Education. 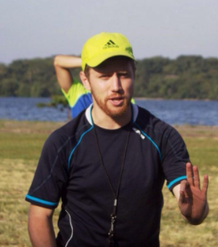 Chris Swan - Assistant Coach
Coach Swan is starting his first season assisting Coach Fina with Greenwich High School Boys Rugby. He previously coached with the ​Keio/FASNY Boys Rugby program assisting Coach Pazio and played for the Greenwich Mens Rugby team for three years. Prior to moving to Connecticut, Coach Swan coached and played for Carioca Rugby in Rio de Janeiro where he was an assistant and then head coach for the men's team.
Coach Swan started playing rugby at Georgia Tech where he earned his Bachelor of Science Degree in Civil Engineering, but his love for rugby started back in his homeland of South Africa. His passion for rugby has never diminished since watching the Springboks win their first World Cup back in 1995.